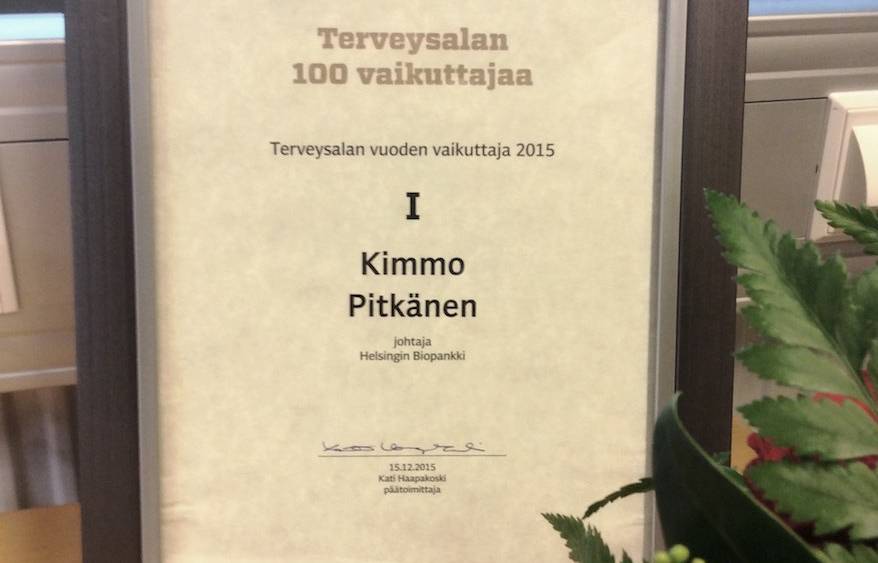 The Finnish e-news service Mediuutiset announced 100 Healthcare Influencers of the Year 2015 on Tuesday. The editors selected the top 10 and 90 other influencers were also selected from different topics. 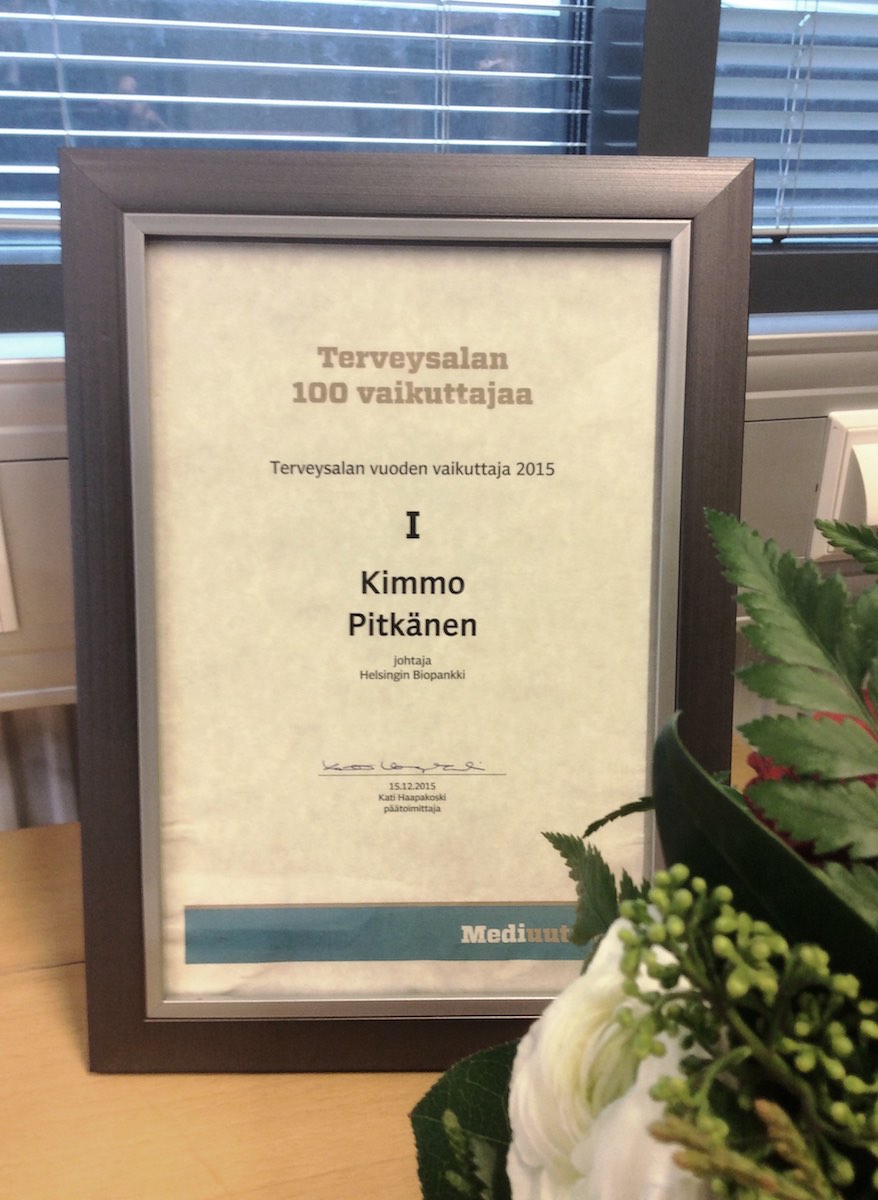 Kimmo Pitkänen elected as Healthcare Influencer of the year 2015.

The Helsinki Biobank Head Kimmo Pitkänen was elected in the first place as Healthcare Influencer of the Year 2015.

Biobank in a nutshell

Biobank is a collection of biological samples and data gathered with the donor’s consent for future medical research and product development for healthcare and health promotion purposes.

Your consent could be crucial for the development of new medicines and treatments. Your sample could change the world!